…the Volkswagen T-Roc a small SUV which has recently been facelifted after the model was originally introduced in 2017. Going up against a multitude of other small SUVs means the T-Roc has its work cut out to win over customers. Aside from the VW badge (which counts for a lot), the T-Roc markets itself as a smaller alternative to a family hatchback that’s better in terms of boot space. VW offers the T-Roc with a choice of four petrol engines a 110hp 1.0, the 150hp 1.5 tested here, a 2.0-litre 190hp engine that’s only available with all-wheel drive and an automatic gearbox and a hot 300hp 2.0 badged R. There are also two diesels; a 115hp 2.0 and a 150hp 2.0.

The T-Roc is available in three trim levels: 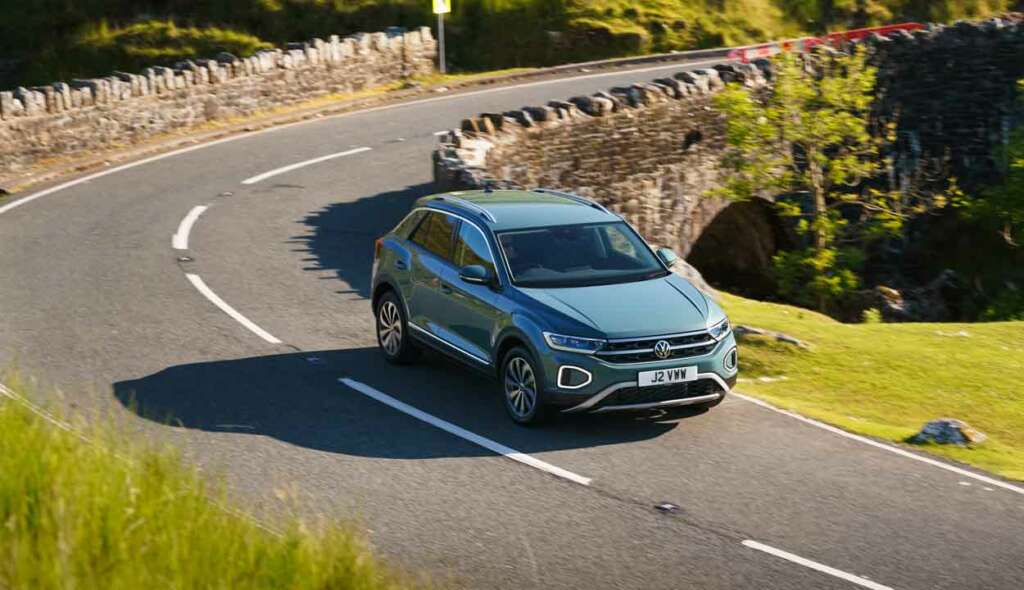 Is The Volkswagen T-Roc Suitable For My Fleet

With no battery electric version, plug-in hybrid or even a full hybrid, the T-Roc is at an immediate disadvantage on benefit-in-kind tax terms. Taking a cash package is always an option for those that don’t want an electric car, but other reasons have to come in to play, such as being a good high-mileage car or a particularly practical one. The T-Roc, at least in R-Line trim with firmer sports suspension isn’t great at this first point. However, it does have one of the largest boots in the class at 445 litres, which, as VW likes to point out, is larger than that of a Golf.

Monthly lease rates for the T-Roc are good. Intelligent Car Leasing offers the R-Line with 150hp 1.5 petrol and a DSG gearbox on a 3+36 contract for £376 a month with 10,000 miles a year. Maintenance costs will be around £28 a month according to Gensen Reports, however it’s Class 1A NIC that’s steep at £115 a month.

The mid-life upgrades have done a good job of refreshing the T-Roc’s look. Particularly in R-Line trim the styling is clean and classy and fits with the VW line-up.

The interior looks the part too, with an unfussy and uncluttered dashboard. The only negative to the layout is the location of the cupholders – which is behind the gearlever and in front of the armrest. This makes the cupholder at the back, tricky to access due to the overhang of the armrest.

The infotainment system is the standard VW Group set up which is not the most user-friendly, but once you know where the regular controls are it’s manageable.

Where the T-Roc disappoints is in the driving experience. We tested the R-Line with sports suspension coupled to the optional dynamic chassis control. However, in none of the settings did the car ever really feel settled on the road. This was particularly an issue on motorway journeys where the car felt like it needed constant tiny corrections to the steering to keep it heading straight.

Unfortunately this combined with the DSG automatic gearbox that rarely felt smooth. The combination of the suspension and gearbox made for an overall unrelaxed experience. And one in which you came away thinking the car would be better as a manual on a lesser (non-sport suspension) trim level.

FleetandLeasing.com Verdict On The Volkswagen T-Roc

An appealing package on paper, but not a fleet winner in the real world.