…the Alfa Romeo Tonale, a small family SUV that’s been designed to take on premium rivals such as the BMW X1, Audi Q3 and the Mercedes GLA. The first car developed under Stellantis ownership. However, it’s based on the Jeep Compass, rather than the platform that’s given us cars such as the Peugeot 308 and Vauxhall Astra. Alfa Romeo claims the Tonale is also the car to banish a poor reliability reputation and lift the car up from appealing only to Alfa fans to a wider market.

The Tonale is available in three trim levels with (so far) a single 1.5-litre petrol hybrid engine producing 160hp. 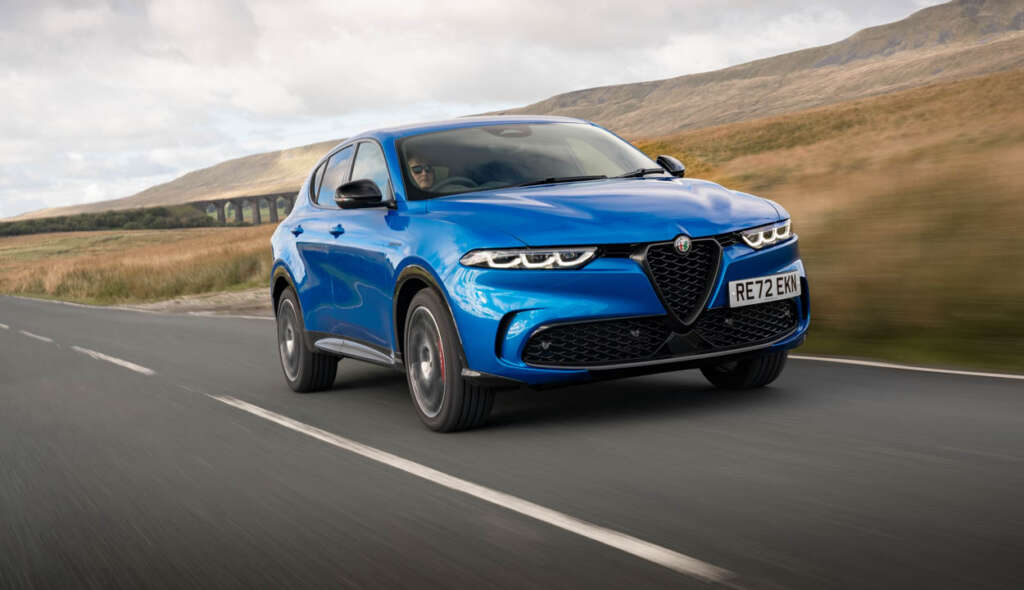 Is The Alfa Romeo Tonale Suitable For My Fleet

Until the plug-in hybrid version arrives in 2023, the single hybrid 1.5 petrol is all that’s on offer and sitting in the 33% benefit-in-kind tax band, it has limited fleet appeal. While Alfa Romeo insists reliability issues have now been laid to rest and the car is a match for its premium rivals, our test car suffered from multiple electronic issues including a warning lights for adaptive cruise failure, autonomous braking failure, adaptive front lights failure and auto wiper failure. Our car had also not been updated to the latest software which meant the road sign recognition did not work correctly, as well. Our car also had an occasional issue around intermittently applying the parking brake when shifting between reverse and drive. Sometimes the parking brake would automatically disengage when you went to pull away, other times not.

In terms of practical space, the Tonale is good with a 500 litre boot – although a significant amount of this space is below a false floor and is intruded into by the centrally mounted tyre inflation kit. If the kit had been moved to the side and out of the way the space would be much more usable.

Leasing an Alfa Romeo Tonale from Intelligent Car Leasing on a 3+33 contract with 20,000 miles a year costs £700 a month, more than the equivalent Audi Q3 or Mercedes GLA. Running costs for the Tonale are also high, according to Gensen Report at £76 a month.

Unsurprisingly, the Alfa Romeo Tonale is one of the best looking cars in the class. Styling has always been s strong point for the brand.

Traditionally the way Alfa Romeos drive has also never been in doubt with excellent steering feedback, a supple ride yet with good body control and an overall sense of fun. Surprisingly that is not the case with the Tonale.

The steering is quick and light, but has lost the feedback of previous Alfas. Ride comfort in the softer suspension setting is only just okay. Activate the sport setting and the ride is just too harsh for UK roads. However in both modes there is little in the way of body roll which is a good thing.

Unfortunately what really detracts from the driving experience is the way the hybrid powertrain reacts to accelerator inputs and the way it switches between electrical power and the petrol engine. When setting off it’s a case of all or nothing which makes is near impossible to drive smoothly.

Some of this can be overcome by using sport mode, but the result is higher, noisier revs.

Driving the Tonale also exposes two weaknesses in an otherwise interesting and stylish cabin. Firstly, the very premium gearshift paddles are so large they inhibit use of the steering column mounted stalks for indicators and wipers which means you have to either have very long fingers or reach around the paddles to use the stalks.

The second cabin design issue is that the rear seat headrests don’t fold down even though they block a significant amount of view out of the rear windscreen.

Back up front, the infotainment system is logical enough and the screen quality is first rate. And the materials used for the upper level of the dashboard and the seats is good and only drops away as you look lower down.

Overall the Tonale still lives up to too many old-school Alfa Romeo traits to make it a serious contender in the premium sector.